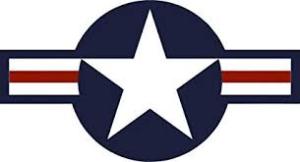 Donald was born March 29, 1924 in Bristol. He was predeceased by his parents Edward and Mary Gelbar, his sisters Evelyn Lilja and Barbara Kurowski. He grew up in Bristol, attended Bristol schools and served his country in the Army Air Corp “47th Fighter Squadron” during World War II from December 1942 to February 1946.

Donald and Janet were married at St. Matthew Church in Forestville on May 25, 1946. He worked as a mechanic first for Atwood Chevrolet and then for Connecticut Light & Power until his retirement. Donald loved to converse with his CB friends and enjoyed to making wood lawn figurines that he gave away. He also volunteered to drive other retirees to their appointments.

Donald and Janet lived in Bristol for 70 years where they raised their four children. Donald is survived by his wife Janet, his children and their spouses: Lynn & Michael Ward of Las Vegas, NV, Tim and Kathy Gelbar of Clover, SC, Danny and Susan Gelbar of Enfield and Bruce & Monica Gelbar of Torrington; his 11 grandchildren Melissa, Christine, Kimberly, Michelle, Roxanne, Dianna, Amy, Nicholas, Teressa, Jasmine, and Michael; and 10 great-grandchildren. Donald is also survived by his sister Bernice Roy of Vero Beach, FL.

A Mass of Christian Burial will be private with immediate family only. Memorial contributions may be made to the Alzheimer’s Association (www.alz.org). To leave an online message of condolence, share a memory or a photo, visit Donald’s memorial webpage at www.OBrien-FuneralHome.com.

To plant a tree in memory of Donald E. Gelbar, please visit our tribute store.