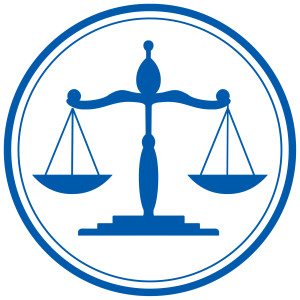 Laurie Grele Cain left an indelible mark on her family, friends and community and departed this earthly life on August 9, 2020. She exhibited a rare blend of selfless love and devotion to others and an outsized passion for living life to its fullest. Laurie was the beloved first daughter of the late Milton and Jean Grele and spent her formative years in Naugatuck, CT with her sister Lisa Grele Barrie of Raleigh, NC and several lifelong friends. She leaves behind four accomplished children and their partners: Elizabeth and Drew, Molly and Rob, Tucker and Yulia, and Sam and Emma.

She attended Naugatuck High School and participated in many clubs including choir, modern dance, synchronized swim, ski club, Future Teachers, and Future Nurses. Laurie graduated as the class Salutatorian and received numerous awards including 1st place Bio-Science Award, Girls Engineering Award in Math and Science, and National Merit Scholar Award. The class concurred that the ideal senior would have the brains of Laurie Grele and she was also voted “Class Apple Polisher!”

Laurie graduated from UConn with a degree in Elementary Education, taught at Hillside Middle School, then worked as a computer programmer at Uniroyal in Naugatuck, CT. She attended law school at Northeastern University in Boston, MA, received her JD, clerked for the Honorable Anthony Grillo of the Connecticut Supreme Court, then began working as a lawyer for the Travelers while settling down to begin a family, where she dove into the role of “Mother” with unbounding love and devotion.

After leaving the corporate world, she began her career as an impartial arbitrator at the State Board of Mediation and Arbitration. She became an active member of the American Arbitration Association, the Federal Mediation and Conciliation Service, the Connecticut Employee Review Board, and the Department of Corrections and served as the deputy chair for the State Board for over six years. She was known for handling her cases in a timely manner with integrity, fairness, respect for the parties involved and a dose of her renowned sense of humor.

Laurie’s extended network of friends remember her irreverent wit, vivacious personality and unbridled joy that she shared with so many, seemingly effortlessly. She went out of her way to nurture others and gave of her time and talents to many community organizations. Perhaps the greatest adventures of her life began when she met her soulmate and partner Dale Ploski in 2014 and they rebuilt their lives together, ending up in their cherished lake house in Andover, CT. Laurie’s zeal for biking, kayaking, and skiing climbed to fearless, new heights and she spent countless hours outdoors in the woods, water and slopes with Dale and their faithful dog, Billy Joel.

She was beloved by many. She will be missed beyond measure. She will remain deep in our hearts. To honor her memory, love, live, laugh and forgive with wild abandon. A celebration of her life will be held in the spring when it is safe to gather. Donations can be made to the Grele Scholarship Fund that awards outstanding seniors at Naugatuck High School and is administered by the Rotary Club of Naugatuck, PO Box 484, Naugatuck, CT 06770.