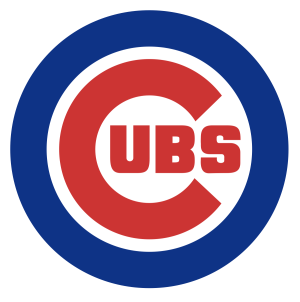 Patrick Henry McFadden passed away on Friday July 30, 2021 surrounded by his family and is now teeing it up on Heaven’s version of St. Andrews Golf Course with his beautiful wife Enza by his side.

Pat was born December 27, 1932 in Chicago Illinois to Roger and Helen (Blount) McFadden. He served proudly in the US Army 82nd Airborne at the US Army Element, Allied Forces South, Naples, Italy. A cherished memory of his time on base was being assigned to former President Harry S. Truman and his family as a secretary-stenographer during their three day visit to the NATO Southern European Headquarters.

He met and married Vincenza (Enza) Esposito, the love of his life, in Naples, Italy. They were married for 52 years until her death in 2007.

Pat and Enza moved to Bristol CT in 1957 to raise their family. He worked at Travelers Insurance as an adjuster before founding the Wolcott Insurance Agency in Wolcott CT. He retired in 1996 when he merged his agency with Tracy-Driscoll Insurance.

Pat was very involved in local politics and community service organizations. He will be remembered for his friendly good nature and willingness to go the extra mile to help anyone in need.

Pat was a huge Chicago sports team fan and was thrilled when his beloved Cubs won the World Series in 2016. Pat enjoyed playing golf and watching golf, and spent many happy years as a member at Chippanee Golf Club and Pequabuck Golf Club, serving on numerous committees at both Clubs.

He loved to travel, socialize and play cards with his wide group of friends. Oh, the stories he would tell! We should all be so lucky to have such wonderful lifetime friends with the amazing memories they created.

He was predeceased by his wife, parents, sister Shirley Perdix, brothers James, Edward and William McFadden, and son-in-law Thomas Crouch.

The family would like to thank the medical health care professionals who treated Pat over the years and the Vitas Hospice nurses who cared for him during his final days.

Due to Covid, there are no calling hours and funeral services will be private. A celebration of Pat’s life will be held at a later date.

O’Brien Funeral Home, 24 Lincoln Ave., Forestville is in charge of the arrangements. To leave an online message of condolence or to share a memory or photo, please visit Pat’s Tribute page at www.OBrien-FuneralHome.com. A video tribute of Pat’s life is also available for viewing on his O’Brien Funeral Home Tribute page.

In honor of Pat, please watch a Chicago Cubs game or a golf tournament, and most important…. Call a friend to say hello and make a memory!

To send sympathy gifts to the family or plant a tree in memory of Patrick H. McFadden, please visit our tribute store.